Oh boy! EA’s Battlefront II has not launched with a good start. With the pull of the micro-transactions, people have been going bonkers over it. So, I’ve decided to write another article regarding my take on Battlefront II. Why? Because this a trendy material and will probably rake in a lot of views ,*cough* *cough*.

Let’s be honest. No one is a fan of the whole ‘pay to win’ mechanic. Obviously, a lot of developers implement this feature. Why? Because it rakes in a lot of money! If you’re really into the game, you’d obviously like to purchase ingame items to get a boost ahead of the other players, wouldn’t you? That’s exactly why it rakes in a ton of money. So. Would you play a ‘pay to win’ game? Some would say yes. Some would say otherwise. I’d say no. Not a chance.

I’ve never been a fan of the whole ‘pay-to-win’ games. Mostly because half the game would be populated with people who spend hundreds and thousands of dollars to speed up their progress. So what does it leave me with? Just so you know, i never spend money on video games. It’s gonna be pretty hard climbing the ranks when you’re constantly getting pummeled by people who’re 10x better then you- Oh wait, that’s not the right phrase. People who bought a crap-ton of virtual items. Yep. Besides, they limit credits in Arcade Mode to prevent people from farming credits. First they disable purchases and now this? And that’s not it! People speculated that after the majority of the gaming community purchases the game, they’ll re-implement micro-transactions. So no, for anyone alike me, who doesn’t like the whole ‘pay-to-win’ mechanics, then this isn’t the game for you. If you’re one of those people who don’t have a problem spending hundreds or possible thousands of dollars in in a virtual game just to get get a boost, then you’re in luck. Noob.

Honestly, it doesn’t look like Battlefront II would make a great game overall. The ‘pay-to-win’ mechanics, these so called ‘Star Cards’ that provide the buyer with significant advantages and loot boxes? Really EA? I guess the people are right about the company being ‘possibly the worst,’ but for the sake of professionalism, I’ll continue this section. 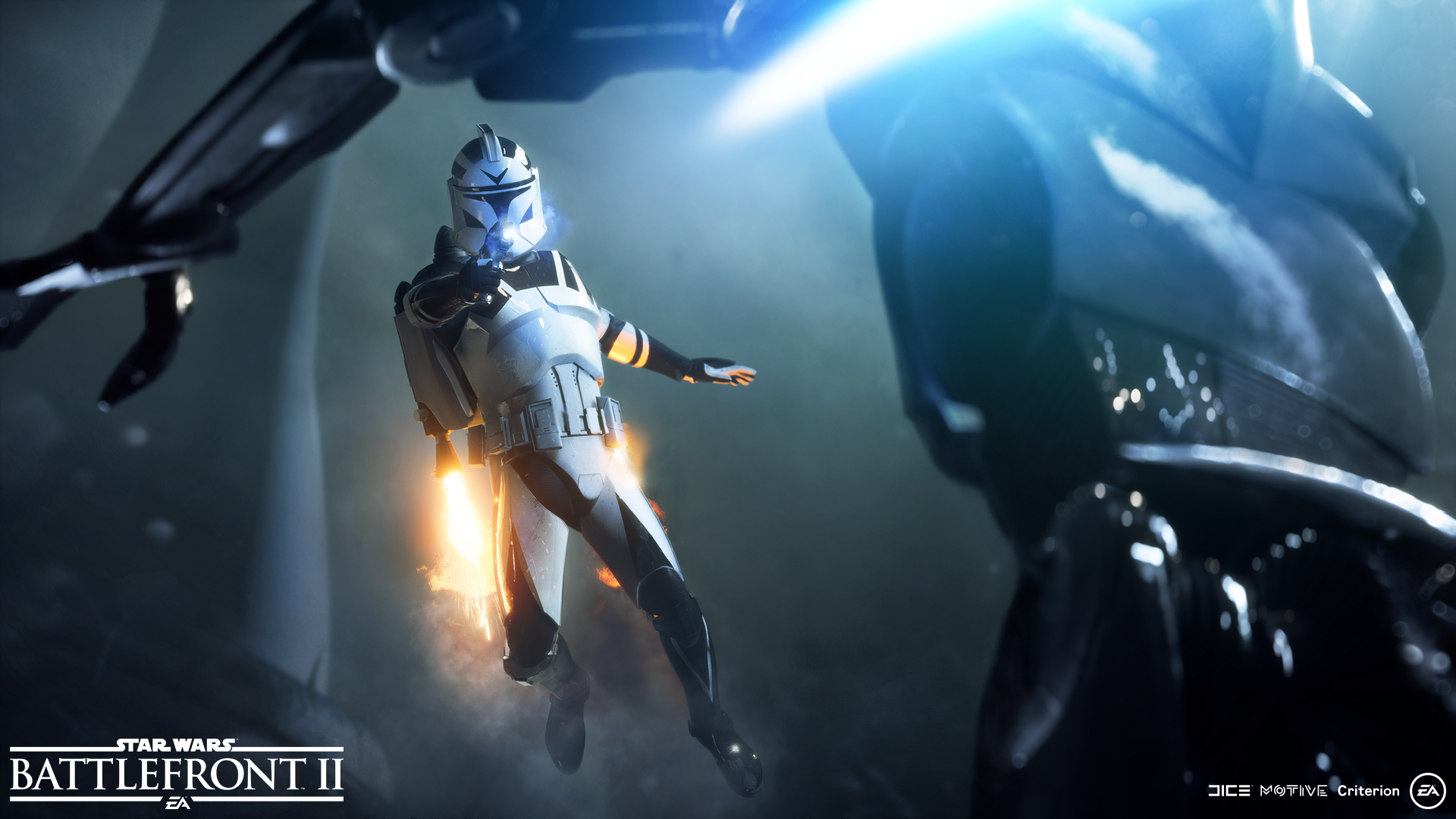 Undoublty, there are lots of players out there who probably have already purchased every single upgrade in the game which would be completely unfair for beginners. Heck, for all I know, these ‘pros’ (AKA people who spent hundreds of dollars on on a game), could ruin the whole game! As a matter of fact, if I were to go ahead and purchase the game now, I’d get slaughtered. Horribly. Why? Because I have just bought the game and I’m playing with a bunch of people who has maxed out their character. And it definitely had nothing to do with me being a complete noob in FPS games. I’m great at them! Don’t believe me? 1 V 1 me bro!

Anyways, back to the topic. What’re we talking about again? Oh right, Battlefront II. No matter how great you are at a game, you’ll never be able to beat a guy who’s maxed out his character with the most advanced gear and upgrades. Think of it like so. I put you in an arena with a feather to fend for your life. You’re an experience gladiator. Who’s your opponent you ask? Well it’s that guy clad in Spiky metallic armor wielding a giant, bloody club. The irony? He never fought before. No matter how good you are, you’re most likely probably gonna lose. Even if you’re Leonidas who led 300 man into a battle, you’re still probably gonna lose. I mean, in any case that you ARE Leonidas, you’d have a chance. See what I mean? You may be better then most players, but you can’t beat guy who’s bought everything. You might have a chance, but these ingame items give the opponent an edge in battle. So no, I do not like and will not purchase this game.

And we’re done. That was was a long tangent for an opinion. Glad that’s over with.