Island is a role-playing game made by Wanderer, where you play as an eighteenth-century castaway. Having survived a shipwreck, the player is trapped in an isolated island and tasked to survive the brutal challenges posed forth by nature. Wander through the island in search of measly scraps of food and attempt to survive in the most realistic survival simulator possibly created. This guide will help you through the challenges post forth by mother nature.

‘Wanderer’ is a two-man studio located in Auribeau-sur-Siagne, France. The two-man group is responsible for the development of ‘Island, The Game’ and has started a ‘Kickstarter’ page where you can financially back the game into production. The game has already accumulated a sum of $813 USD and if the amount reaches $3,502 USD, the game will officially be developed. You can find their ‘Kickstarter’ page here: here!

A pair of humans that lives in the woods, likes quietness, large spaces, and animals, and are making video games about loneliness and overcoming trials.

Carefully explore a procedurally generated island for resources and other useful items. Scout an area for danger and collect any resources you might find in the area, as supplies do not come often. Each procedurally generated island has different supplies, resources and challenges that is sure to ensure a never-boring gameplay! But beware! Exploring, or doing pretty much anything in this game requires time and energy, so be sure to fulfill your most dire needs first! As if that’s bad, your character can become literally insane. When he does go insane, it’ll lead him to do random things, and quite frankly, some of them are down-right dangerous. Hallucinations aren’t as bad, as you may see some things that aren’t exactly there.

Since each Island is procedurally generated, and each landscape is different, the player will have to adapt to the situation and walk, swim or paddle your way through many treacherous environments in search of any useful resources. That’s not the worst part! You can catch a variety of diseases/symptoms just by exploring certain areas! Hunger, sunburn or fever can halt your escape!

Inspired by Daniel Defoe’s “Robinson Crusoe” and Jules Verne’s “L’île mystérieuse” (Mysterious Island) style and setting, and carefully crafted by a tabletop GM, the rules of the game are designed so you, the player, can quickly pick up the game, and are then quickly offered a punishing challenge.

Whether you focus your search for building materials such as twigs and branches to construct a shelter, or food and water to soothe your hunger and thirst, however you play the game is completely up to you! And that’s just the day, in the night, things get a lot worst. Wandering into the jungle at night is quite risky, as you can easily get lost. The shelter you built in the beaches might disappear at night. Why? High tide.

Hunting can seem quite easy in the movies, right? Just pull the bow string back and let the arrow fly. Simple, right? Not in ‘Island,’ it isn’t. Fighting a small boar can even prove to be a challenge! First off, you’ve got to start approaching the animal from a distance. This might be a problem because it can pick up your scent. Pay close attention to the wind direction. You can even use certain items to increase your chances of success while a relic might reverse the tides of battle completely.

Your shelter can be the difference between life and death. If you haven’t build a shelter before nightfall, it can decrease your chances of survival. During expeditions, you can find larger materials such as branches or leaves that you can use to upgrade your shelter! Having a better shelter can allow you to recover quicker! On your expedition, you might rarely come across a natural shelter, such as a cave or a tree hole that proves to be indestructible. You can use these natural shelter in case you can’t make it back to your camp in time!

Quirks will teach you techniques you can apply immediately and are pretty hands on, such as building a fire. Tinker allows you to build basic tools and equipment that proves to be useful in your survival while resistance partially shields you from the terrain and other dangers. 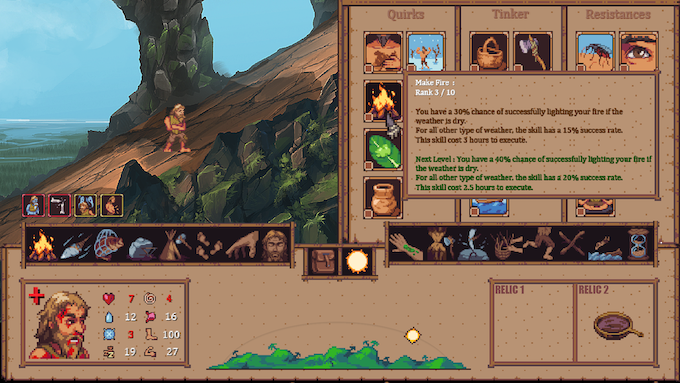 You can’t just rely on one food group. Eating different food groups will ward off certain diseases. Bare in mind that some foods have positive and negative qualities if consumed. Certain foods such as meat will decay quicker in tropical weather. Catching animals in traps can also be a quick way to obtain some food. Animals however, are tamable, and brings quite a lot to the table when you do tame them. 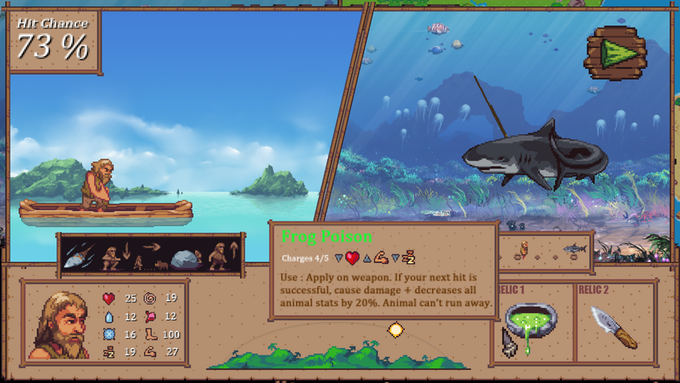 There are certain ways to escape. Once a year, passing ships may pass by the island, and you can build a signal fire to signal for rescue. You can also construct a sturdy raft, (which requires a high level of skill) to sail away. You could also stumble on something quite interesting once in a while, such as a boat. You may repair this structure, or leave it to be. 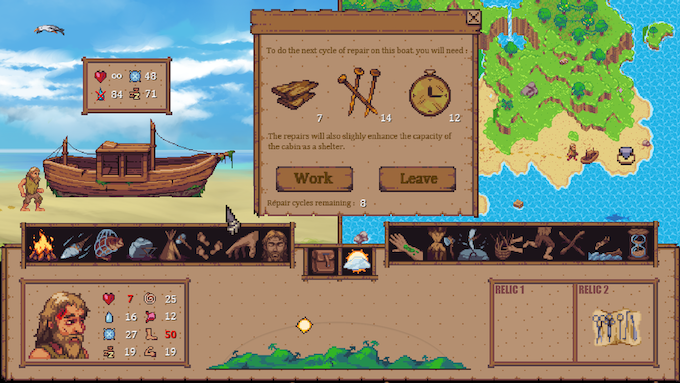 Dying is imminent. You can look at the bottom left screen to see how well or more often then occasionally, unwell your character is doing. Most of the time, you can recover from several of these symptoms, but a survivalist can only hold on for so long.

The Future of ‘Island’

‘Island’ is a game passionately worked on by two people, and aided by a few asset artists. In short, these are their goals for the future. 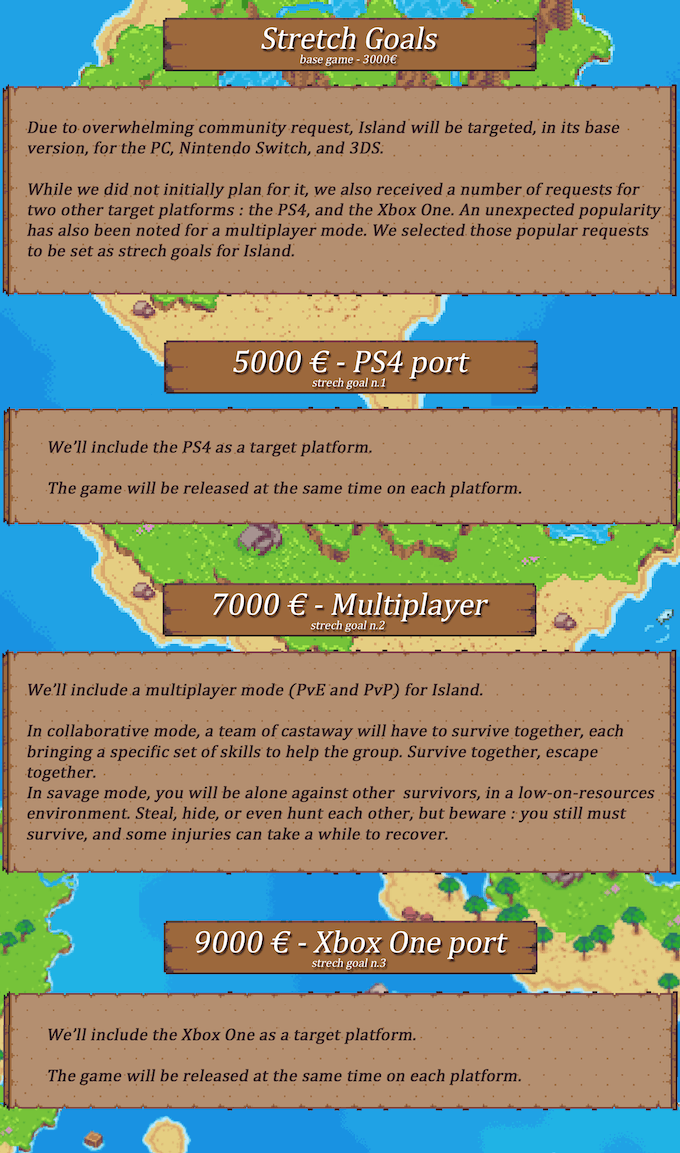 All in all, ‘Island’ seems like a genuinely amazing game. The survival factor is so far through the roof, it makes ‘Babylon’ seem like nothing. There is just so much things to do, and so much to keep in mind that it might just be one of the most realistic survival game ever created. I am lost for words. For now.