‘Dead by Daylight‘ has set a stepping stone in the gaming industry, carving a mark onto history. For years, nothing has been able to quite top ‘Dead by Daylight‘ yet. Until, now. Out from the darkness stepped out ‘Last Year: The Nightmare,‘ a ‘Discord NITRO‘ exclusive special!

Much like ‘Dead by Daylight‘ survivors are pit into a twisted reality of their own world where a killer roams the map. Weapons and items are scattered throughout the hallways and rooms. As survivors, your task is to escape this wretched reality of their high-school while avoiding the dreaded killer as he sniffs out survivors.

Trapped in a twisted version of their high school, five teens must band together to escape the ruthless monsters and murderers hunting them down in this 5v1 PVP game.

Halloween night arrives early this year! Five teenagers are dropped into a twisted version of their 1996 high-school. Upon wandering through the hallways of this wretched reality, the teenagers soon find out that a supernatural force is stalking them, slowly waiting to pounce and end their lives. Taking the form of a killer, the survivors must band together to escape this reality and just maybe, live out a life.

That’s right! Instead like ‘Dead by Daylight,‘ you can collect scraps and items scattered throughout the map and fight back! Crafting a better weapon means more chance for you to survive a fight with the killer! But beware! The killer can’t be killed! Sure, you can stun him for a few seconds or so while you escape, but he’ll always be back. Back and ready to fight because at the end of the day, you can die, and he can’t.

Pick a class, collect scrap, craft items and weapons and strategize to up your chances of survival. Players can sneak and slash their way through different areas, all while exploring an eerie atmosphere powered by ‘Unreal Engine.‘ 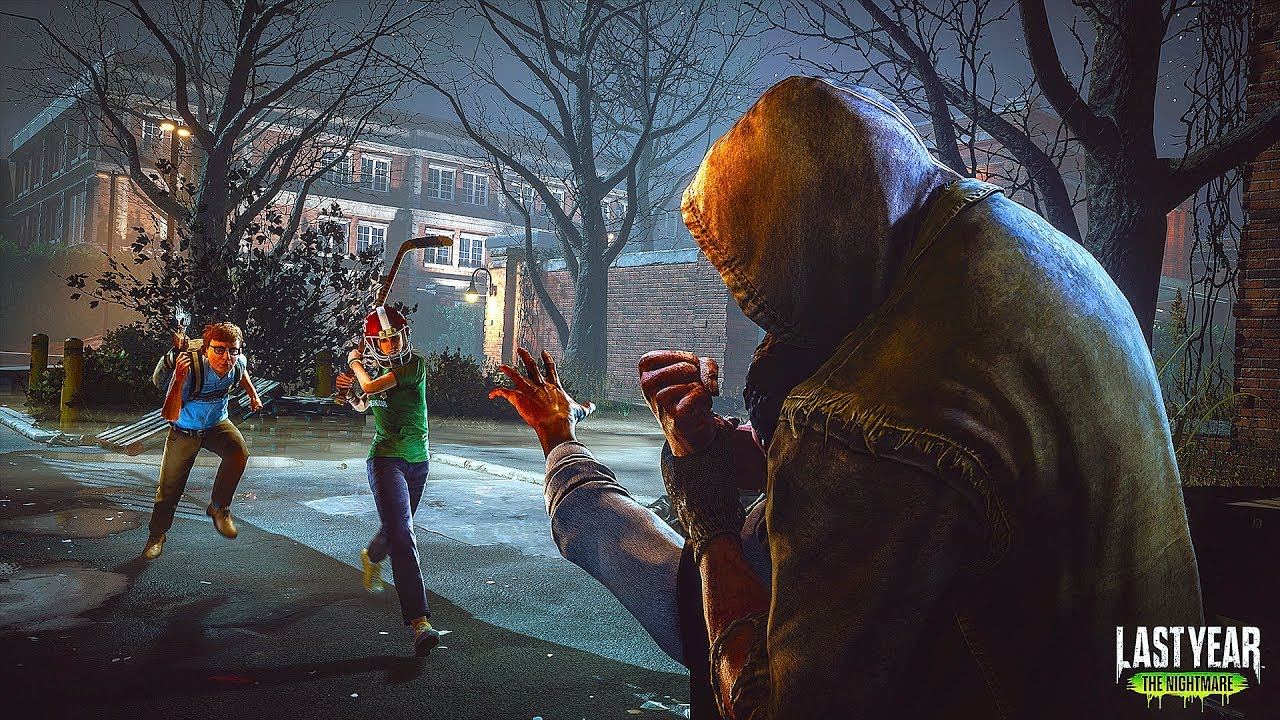 Predator vision allows the hunter to remain invisible, stalking its victims until the time is right. Pounce when the survivors let their guard down and end their lives one by one. But as a hunter, your hands aren’t the only weapon in your arsenal. A set of traps are laid out at your disposal, ready for you to use! Nowhere is safe for the survivors, but as a predator, time is of the essence because with each ticking second, the survivors are getting closer to escaping.

Run, hide fight. There’s not a fortress in the world that can keep the hunter out! So what’re you waiting for? Jump Into the Game as Soon as Today!