‘Please. No More Preorders!‘ This article has made a pretty clear point on why you should never, under any circumstances, except if the game is a sure, 100% amazing masterpiece, pre-order a game. But it seems people are overhyped for ‘Resident Evil 2‘ and are willing to order the game based on nothing.

By this, I don’t mean ‘Fallout 76‘ lack of content, I mean a general lack of any content offered through the ‘Steam‘ trailer and images. So really, if you do still feel like pre-ordering the game, then honestly anything I say next probably will not change your mind. Nevertheless, I’ll keep going. And if you think that their lack of mechanic or gameplay is astonishing, the lack of story actually introduced to the potential pre-order fans are even more so. It’s seen as a standard nowadays to provide a concise and informative trailer, image, gameplay mechanic and storyline when asking fans to pre-order your game. But this is a whole another level of uninformative. Realistically, if I told you to go outside with a lighter and $35 in hand, asked you to flip a coin, and if it lands on heads burn the entire bill, you wouldn’t do it, now would you? This, is the exact same scenario, except for a game. See, if you were to purchase ‘Resident Evil 2,‘ and find that the game is a total mess, you wouldn’t play it, now would you? And when you refuse to play it purely because of how bad it is, that $35 is pretty much burnt, isn’t it? Same principle, different scenario. The next thing you know, the game will be sitting in your ‘Steam‘ community for years to come, collecting digital dust.

The ‘Resident Evil 2,‘ page claims that users who pre-order the digital copy will receive bonus “pre-order” rewards. After examining the page closer for an additional 15 seconds, I can safely say that these “bonuses” are basically, maybe, probably, essentially nothing. The page claims that pre-ordering will award you with the items listed below…

Essentially, 2 in-game deluxe weapons with one having a slightly different model than the other one, and of course, how could we forget the wallpaper pack that anyone can go online and find in a maximum time of 30 seconds. So please, to avoid any future discourse and disappointment, wait until the game is released. We wouldn’t want a repeat of ‘Fallout 76,‘ now would we? 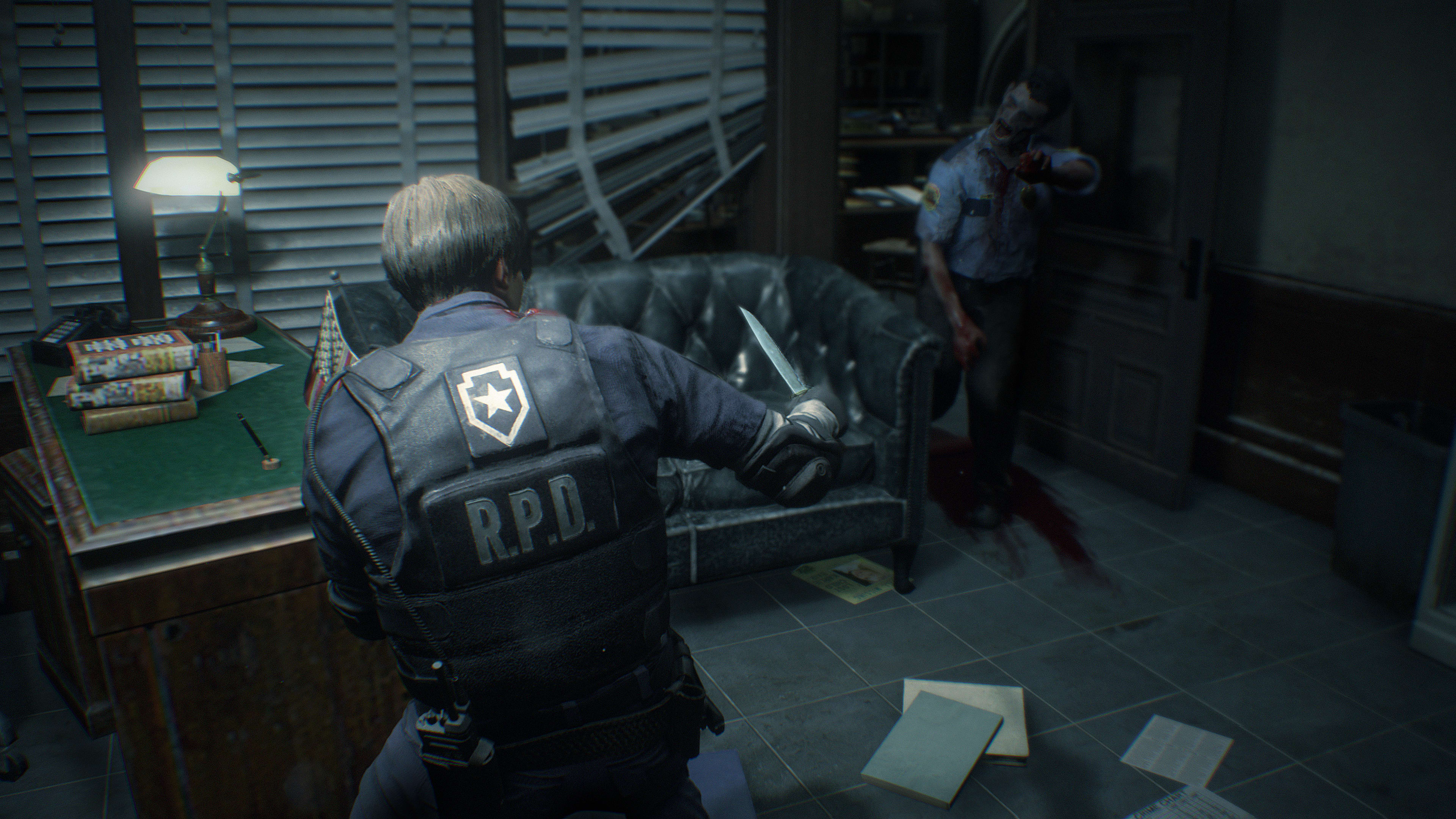 2 thoughts on “Resident Evil II Is Not Pre-Order Worthy, And Here’s Why”