The action platformer, ‘King of The Hats‘ has hit ‘Discord‘ and is free to keep until Friday, February 22, 2019! Choose one of several wacky characters, wear dozens of fashionable hats, and jump on your opponent’s head before they jump on yours!

King of the Hats is Back!

‘King of The Hats‘ is a fast-paced, brutal platformer game where hats are the center of everything! In this dystopian world, hats are the souls of everyone, and the only way to die is for your hat to get crushed! Your hat is your ultimate weapon, but beware! If your hat gets crushed, good luck getting back into the game! Wear dozens of fashionable hats, crush your opponent before they crush you, and become the ‘King of The Hats‘

‘King of The Hats‘ is truly a gem. You have one objective. To step on others’ hats. Simple controls allows for groups of friends to casually pick it up and lose track of time. The depth allows for dedicated players to master the mechanics of the game. Guaranteed fun and laughter for the whole family.

Simple controls let almost everyone jump into the game as easy as 1,2,3! Local multiplayer allows you and a group of friends to sit down and lose track of time, enjoying the simplicity of ‘King of The Hats‘ for hours! But that’s not it! Online multiplayer allows you to pit your skills against other people online! Easy to get into, hard to master! Can you be the best hat-crusher in the world of ‘King of The Hats?‘ 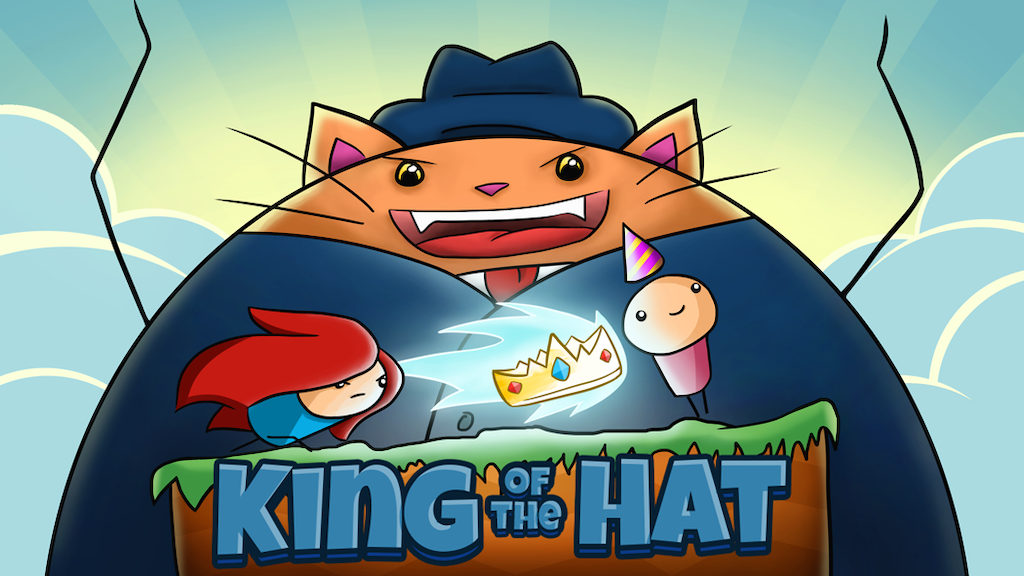 There are no startup animations! Which means, the moment your finger hits the controller, your character immediately does what you want him / her / it to do! What’s that? Throw your hat? Done. Jump high into the air? Done. Run from the enemies? Done. Absolutely no delay which makes multiplayer itself a lot more intense!

Anyone wanting to make and/or stream videos of this game on YouTube, Twitch, or other platforms, has the permission of Business Corp. Incorporated to do so.